The lives of Nigeria’s first generation of rollerbladers.

The lives of Nigeria’s first generation of rollerbladers.

Shot on Location in West Africa, ‘Streets of Lagos’ provides a rare insight into the lives of Nigeria’s first generation of rollerbladers. What was once a niche sport that saw widespread participation across the globe in the 90’s has emerged in 2020 as a fringe subculture in the streets of Lagos. Originally used as a way to navigate the city’s dense traffic, today, a select few use their skates as a form of self expression, something which can be hard to find in what is one of the toughest cities in the world.

A Film by | DOM WEST

This 12 minute short is the latest in a series of passion projects that Dom West has produced, directed and edited, documenting the sport that he is most passionate about. Dom spent 1 week in Lagos, Nigeria in November 2019, embedded with the local inline skating community, in order to capture and share their unique story to the world. Although the film focuses on what is considered a niche activity, the themes and sentiments expressed in the story are universal.

Lagos is Nigeria’s largest and most populous city, sprawling inland from the Gulf of Guinea in West Africa. Lagos is a major financial centre for all of Africa and is considered the economic hub of the continent. The megacity has the fourth-highest GDP in Africa and houses one of the largest seaports. Despite being one of the fastest growing cities, it is also considered to be one of the least liveable places in the world. 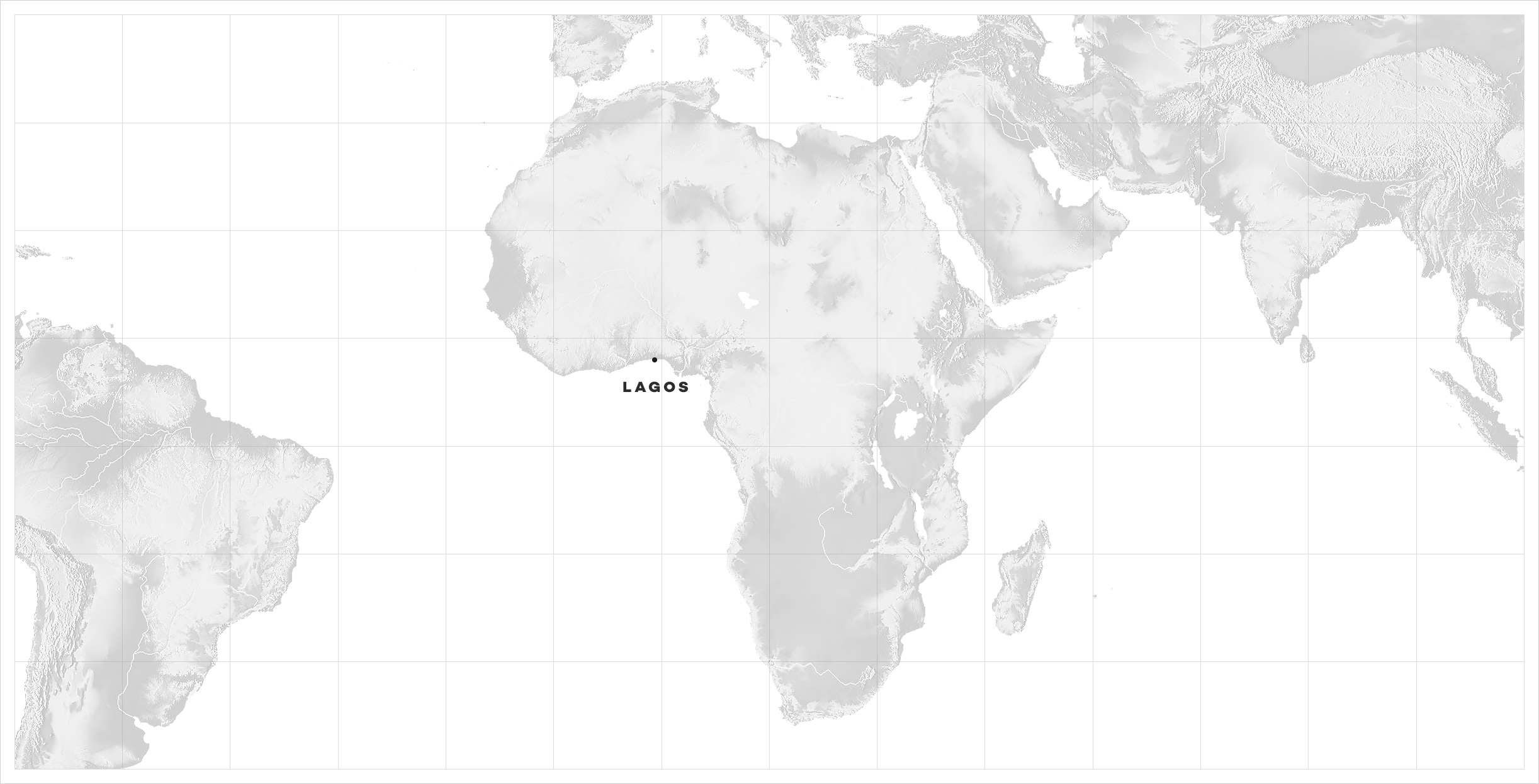 Shooting in Nigeria posed several problems that had to be considered carefully prior to the trip. Travelling to West Africa as a tourist is generally not advised due to the high crime rate and risk of kidnapping, particularly when taking expensive camera equipment. It’s therefore normally advised to be accompanied by armed security. However, for this shoot Dom made the decision to go solo in order to capture the story in its truest form. For this reason the gear used was stripped back to the bare essentials, shooting only on a small mirrorless camera with little to no accessories. The majority of the film was shot handheld whilst on inline skates, with the exception of some gimbal shots when weaving through the heavy traffic. As for lenses, a vintage Soviet SLR set was used to compliment the gritty streets of Lagos.

Each shoot day involved 12+ hours of exploring various parts of the city, hopping from one form of transport to another. From travelling on the back of motorbikes down the wrong side of the highway, to cramming into the highly congested city buses, navigating through the city each day was a challenge in itself. But by far the quickest and most efficient way to navigate the megacity was on skates, often covering up to 30kms a day whilst holding onto cars, bikes and buses.

Each shoot location had to be assessed as to whether it was safe due to local gangs or ‘area boys’ that control each suburb. The local skaters would often have to pay bribes to the gang leader in order to allow for filming to take place. 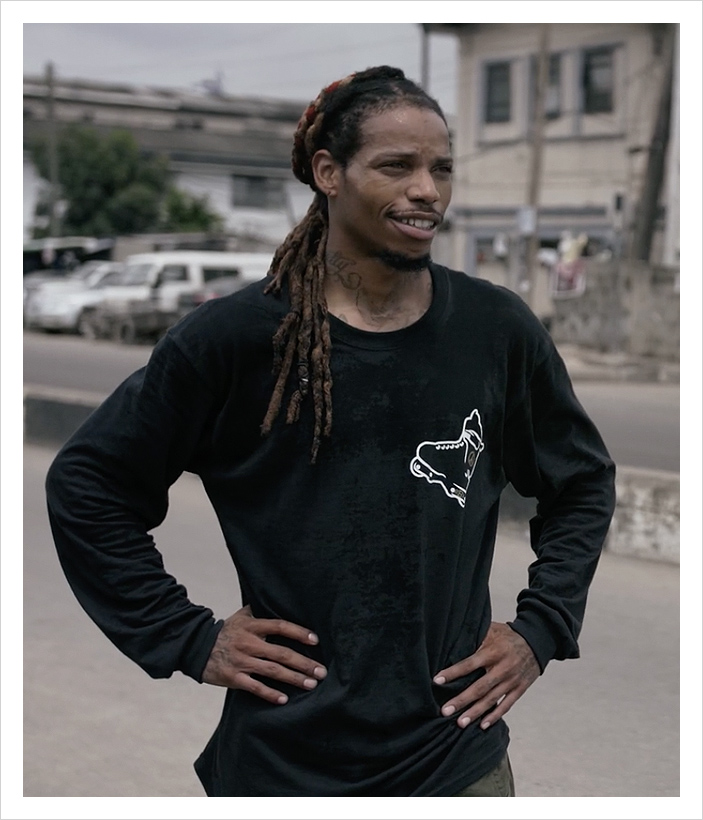 Joining on the journey is professional skater, Brian Freeman (USA), who seeks to strengthen the sense of community amongst the skaters and to help them find sense in the chaotic world in which they live. Brian’s contagious positivity combined with his West African heritage allowed him to connect deeply with this story.

The story is told through the eyes of Daniel Ogbogu, Lagos’ strongest up-and-coming street skater, who gives insight into the struggles of daily life in Nigeria.
We were fortunate to be able to stay with Daniel and his family during our time in Lagos who were extremely welcoming. 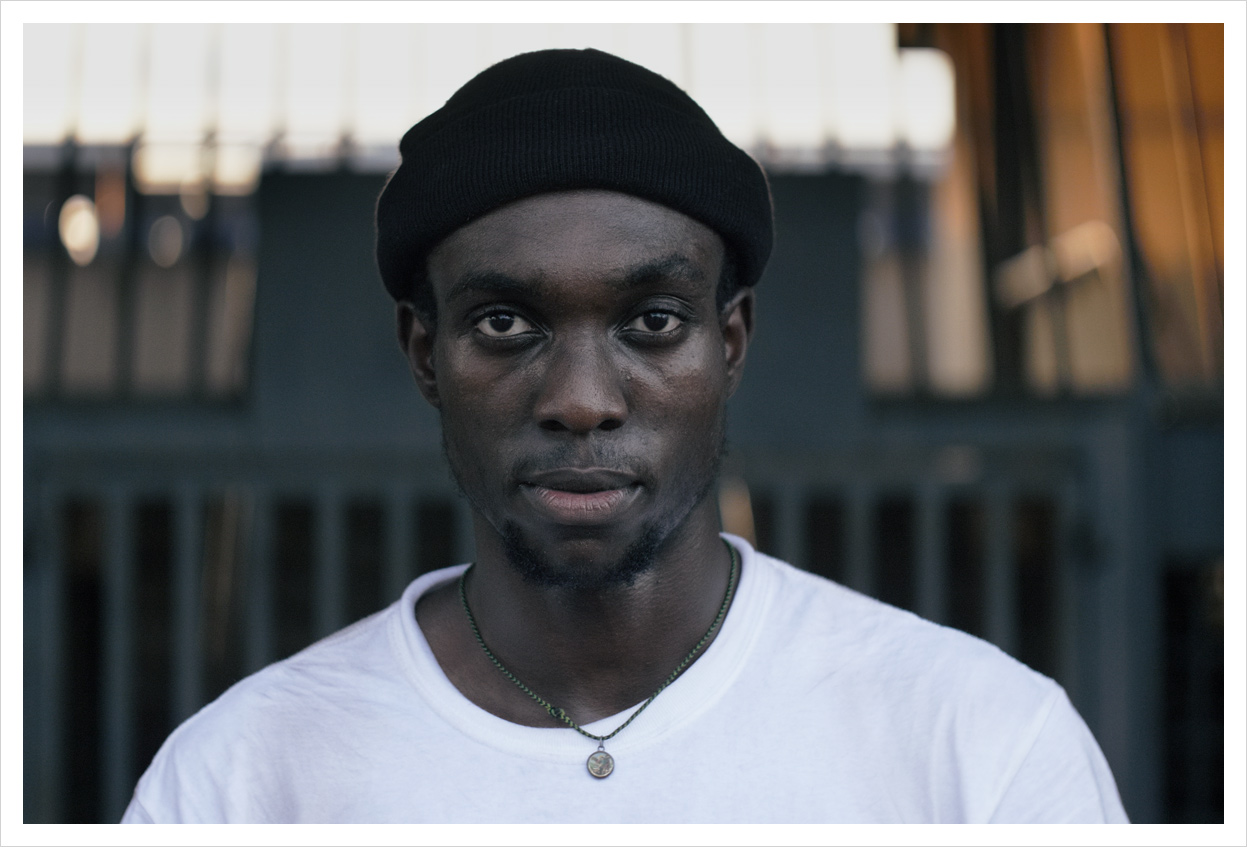 “Trying to find a way to express yourself in all this chaos is really hard. But that burning hunger to achieve your dreams is what keeps everyone going. Without that, you can’t survive.” 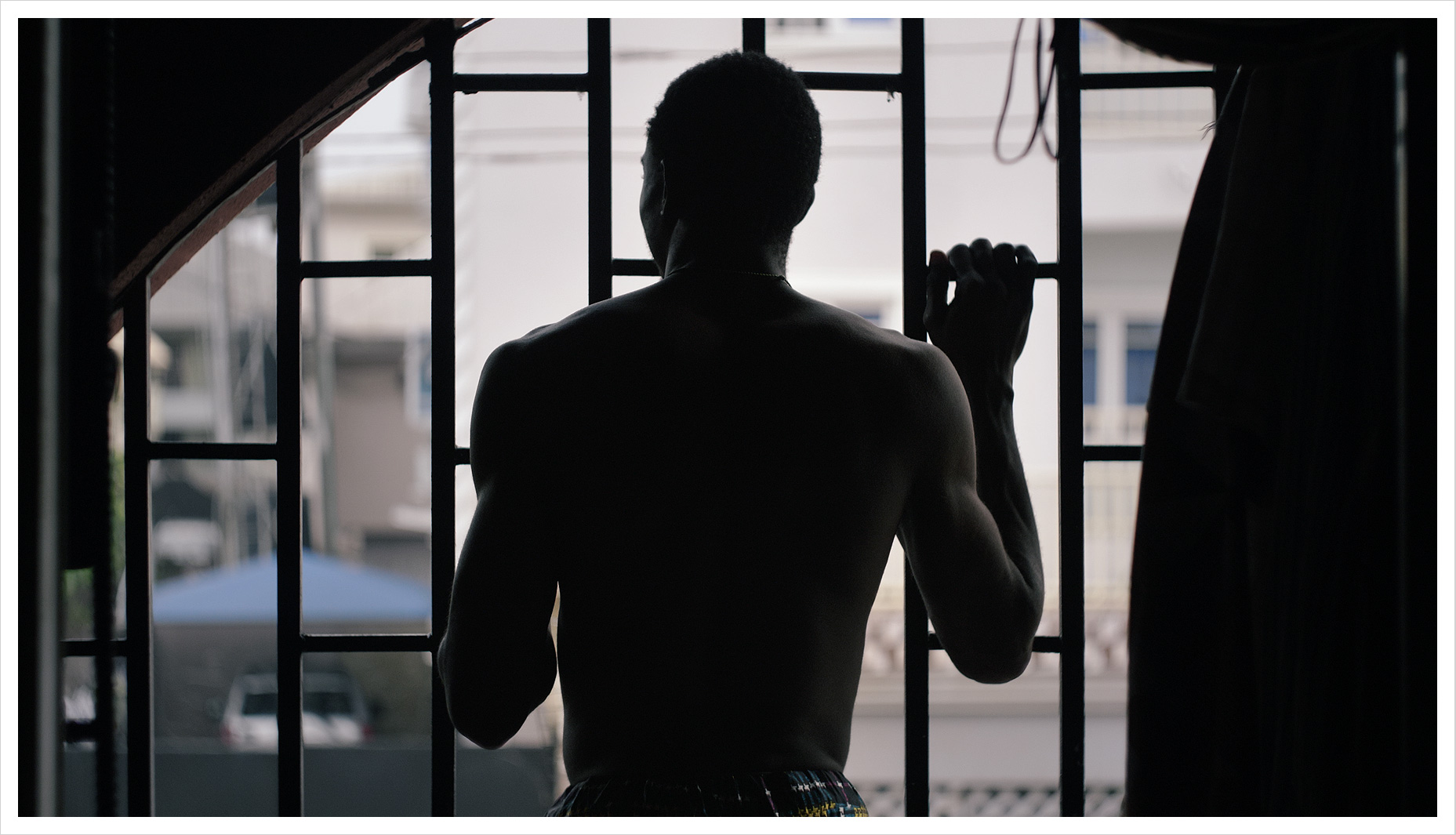 The local skaters of Lagos have no proper facility or skatepark for them to practice, and so they congregate at the city’s Olympic stadium, building makeshift ramps and rails from scraps they find. As a result, their skating style is very unique compared to the rest of the world.

Being one of the largest cities in Africa and the world, Lagos is currently taking steps to become a global city. In some parts of Lagos, residents have one of the highest standards of living in Nigeria and in Africa. At the same time, a sizable proportion of the residents live in slums without access to piped water and sanitation. 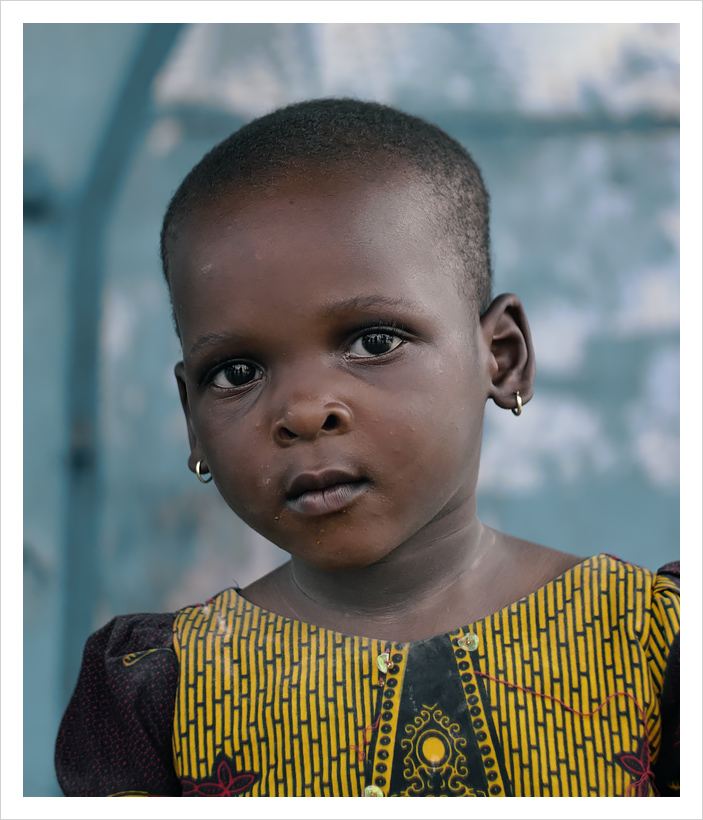 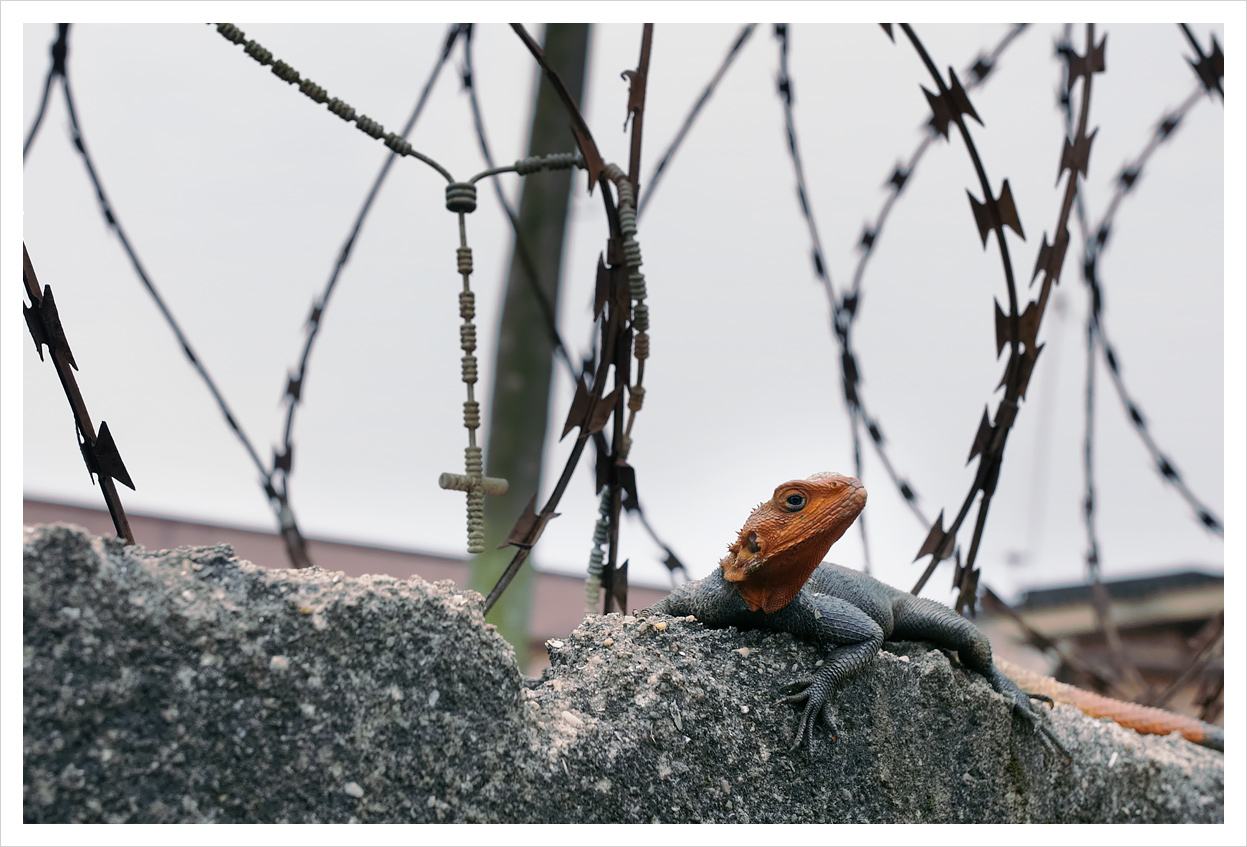 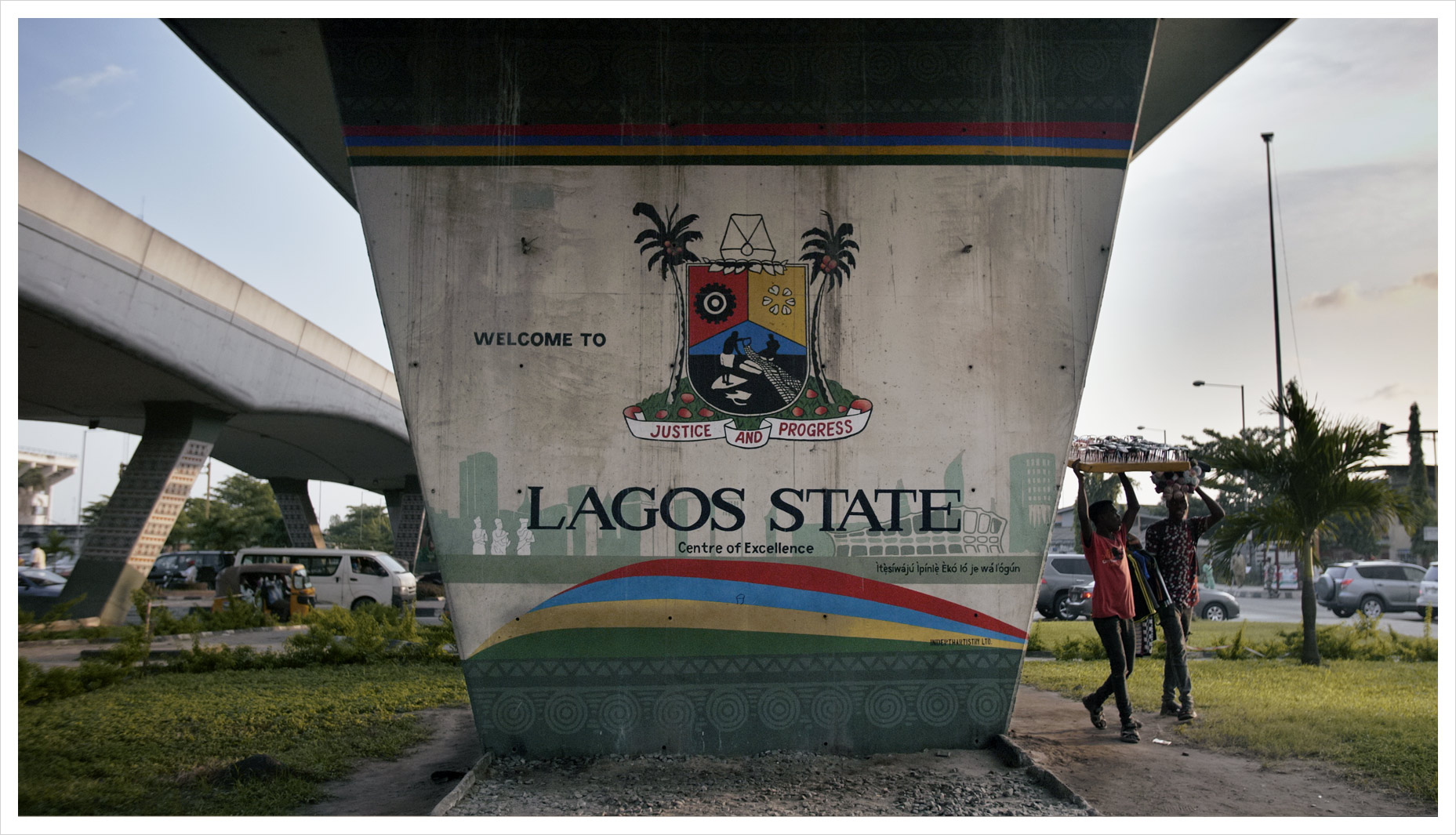 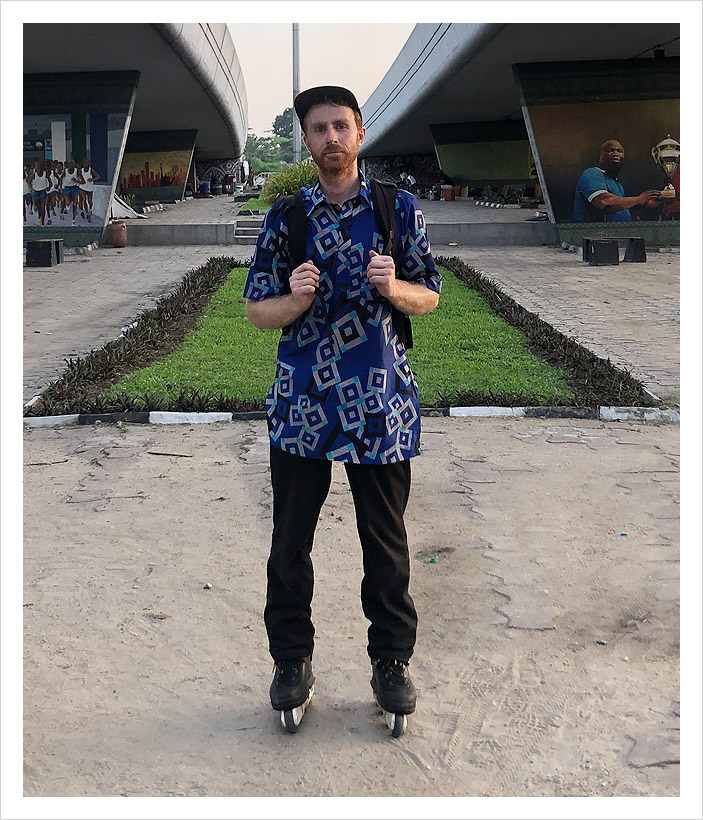 “Shooting this project was one of the toughest things I’ve done, but the warmth of the people contrasted with the harshness of reality in Lagos is something I will remember for the rest of my life.” 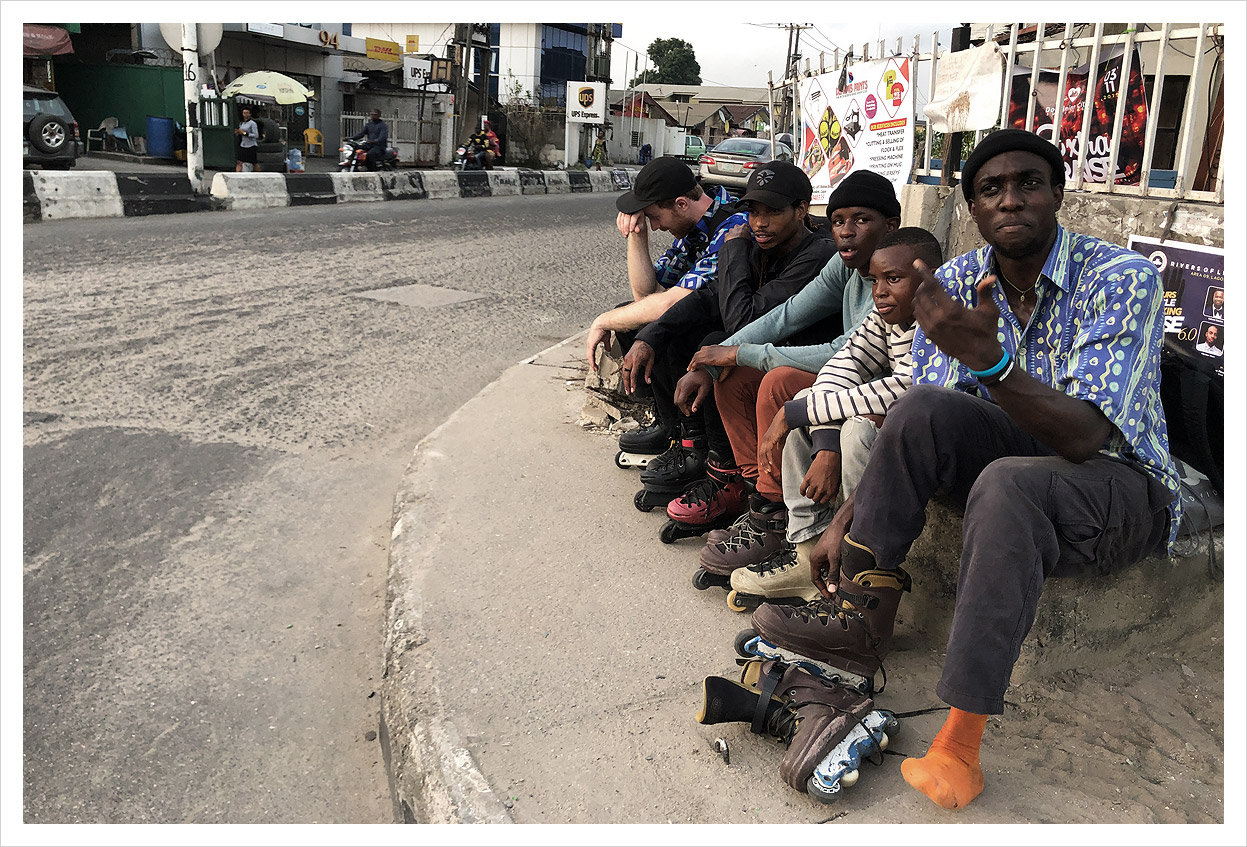 All
Behind The Scenes