Following the success of the first series, we were given an amazing opportunity to follow it up with a second. This time we sort to find photographers who were using their imagery to help shift the way people see the world.

Each episode of the new series hones its focus on one central theme. Whether it be the Scotts’ bringing their philosophy of “Sacred Nature” to the screen, Stephen Dupont’s rediscovery of the theme of death, or Eric Cheng’s mission to demystify misunderstood marine predators, each have a purpose for their photography. These individual goals formed a strong guiding light for each production.

Jonathan & Angela Scott are revered nature photographers living in Kenya. Their knowledge of the Masai Mara Reserve and its famous big cats stretches back over 40 years. They work to expose the true wonder of the Mara’s abundant wildlife and ensure its survival into the future.

Underwater photographer Eric Cheng hopes to bring to light the true nature of some of the world’s most feared marine predators. He travels to Brazil to dive and photograph the world’s heaviest snake – the Anaconda. Eric then submerges in the Bahamas to witness a remarkable bond occurring between tiger sharks and humans.

Documentary photographer Stephen Dupont has spent a lifetime covering wars and disasters. He now seeks to uncover a new perspective on death. He begins in the burning ghats of Varanasi where death is celebrated in unique ways. His journey then takes him to remote Namibia to learn the ancient rituals of the Kalahari Bushmen.

By far, the toughest shoot on the crew was the time spent off the West coast of Norway capturing the magnificent Orcas. The winter conditions were brutally cold; down to minus 20, even minus 30 at night. We had the pressure of working with only 3-4 hours of twilight each day, and gloomy frigid waters. Despite the challenging conditions we did manage to capture some fantastic wild feeding behaviour. The other location which proved difficult was the cremation scenes at the burning ghats in Varanasi, India. The heat, plumes of ash and smoke made shooting difficult. To think that hundreds of people work daily in the ghats was a sobering thought. 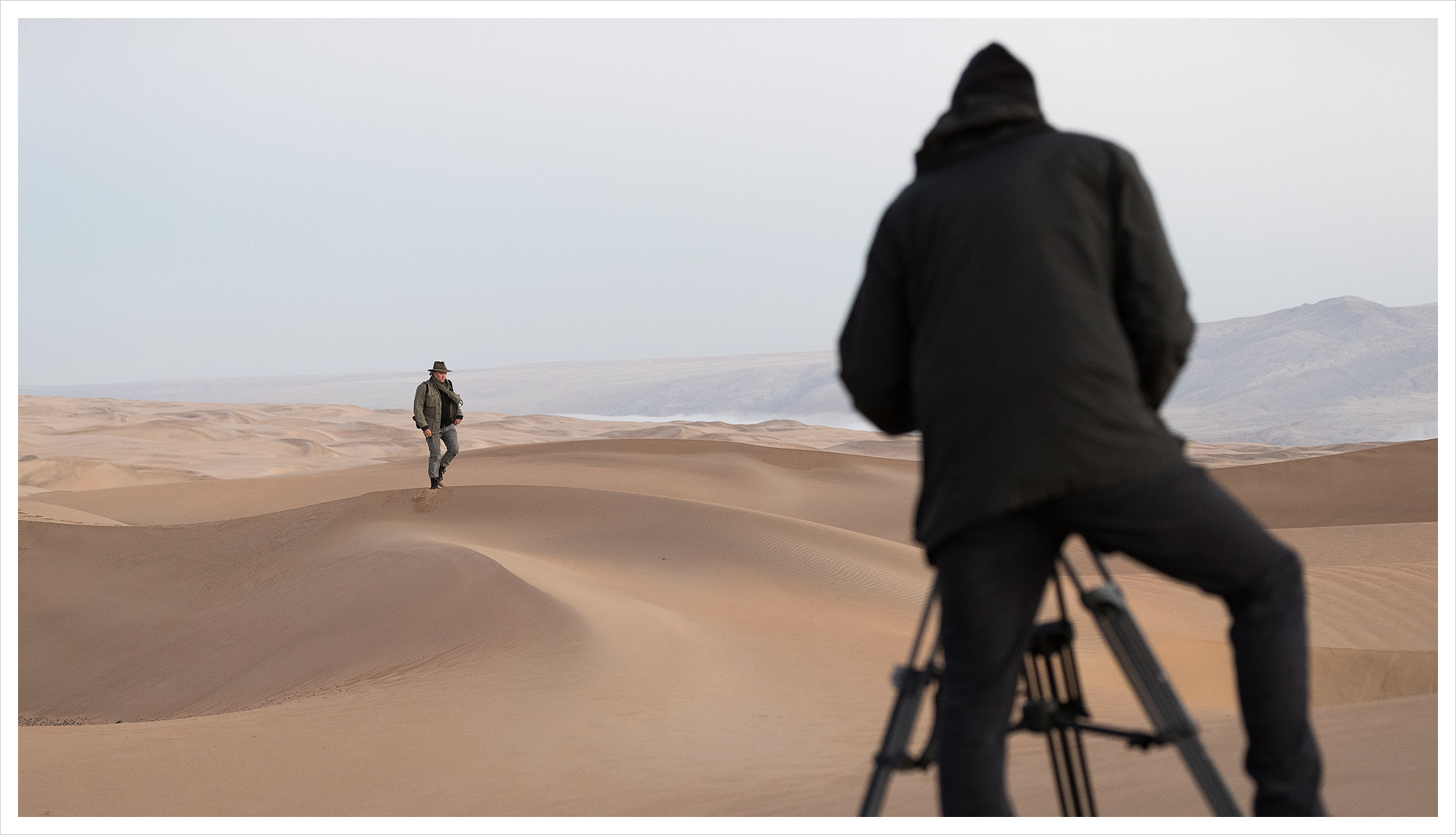 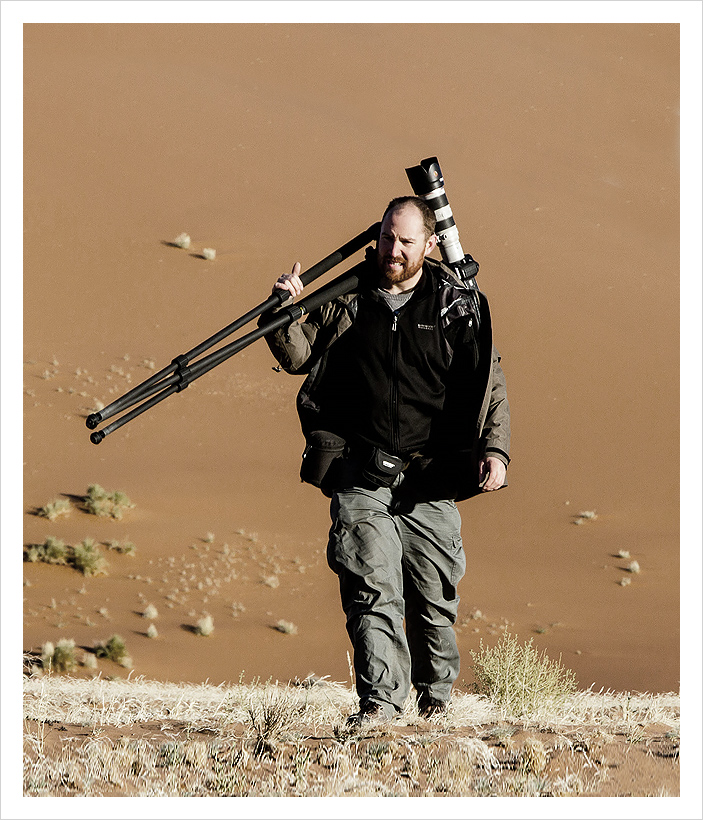 Abraham Joffe ACS. His filming in Africa began in 2012 and he has returned multiple times every year since.

Stephen Dupont braved the isolated and inhospitable conditions in the Namibian sand dunes. Taking all the war-torn destruction he had witnessed in the past he focused his energy on the relationship of Life and Death in the abandoned locations around Namibia. These Sand Dunes were the home to Kolmanskop, an old German mining town that was deserted after the war. What remains is a skeleton of the society and evidence that nature will always have ownership in the end. 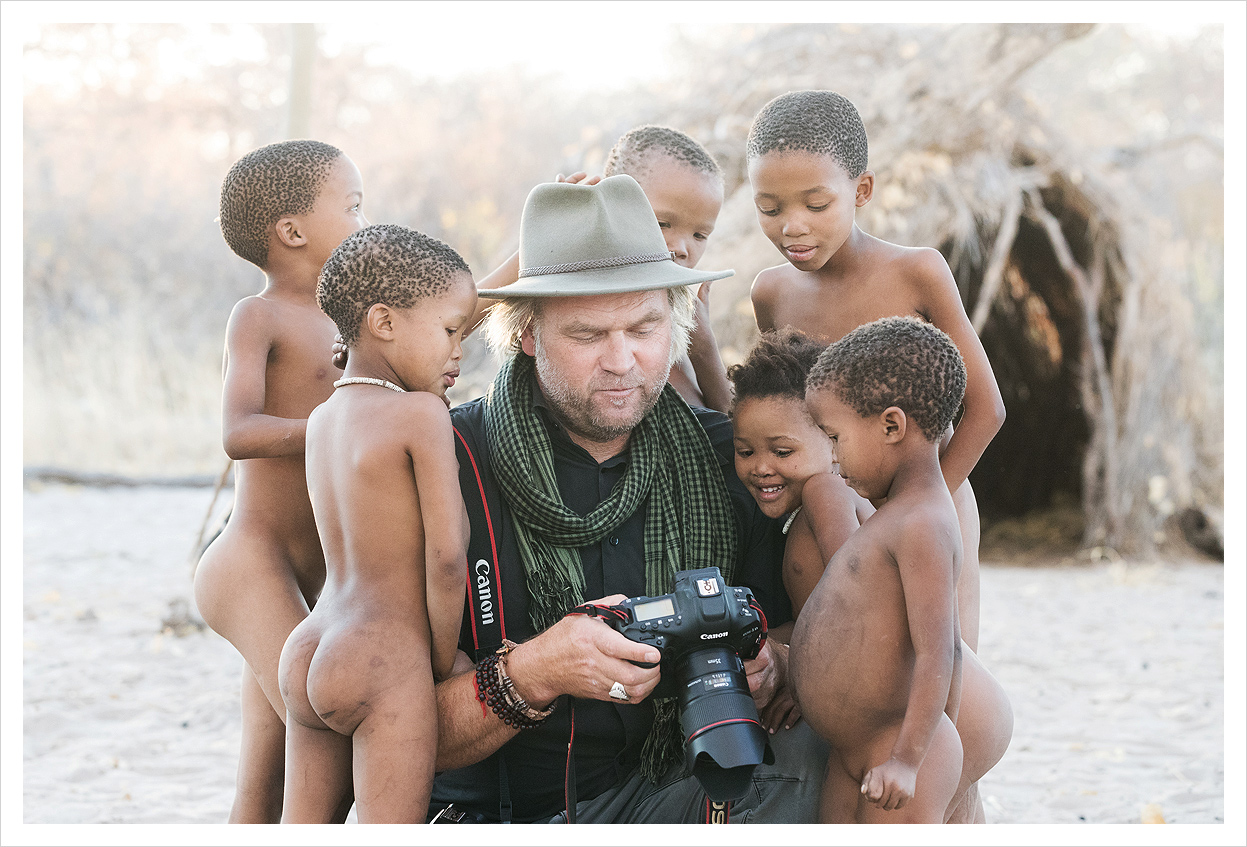 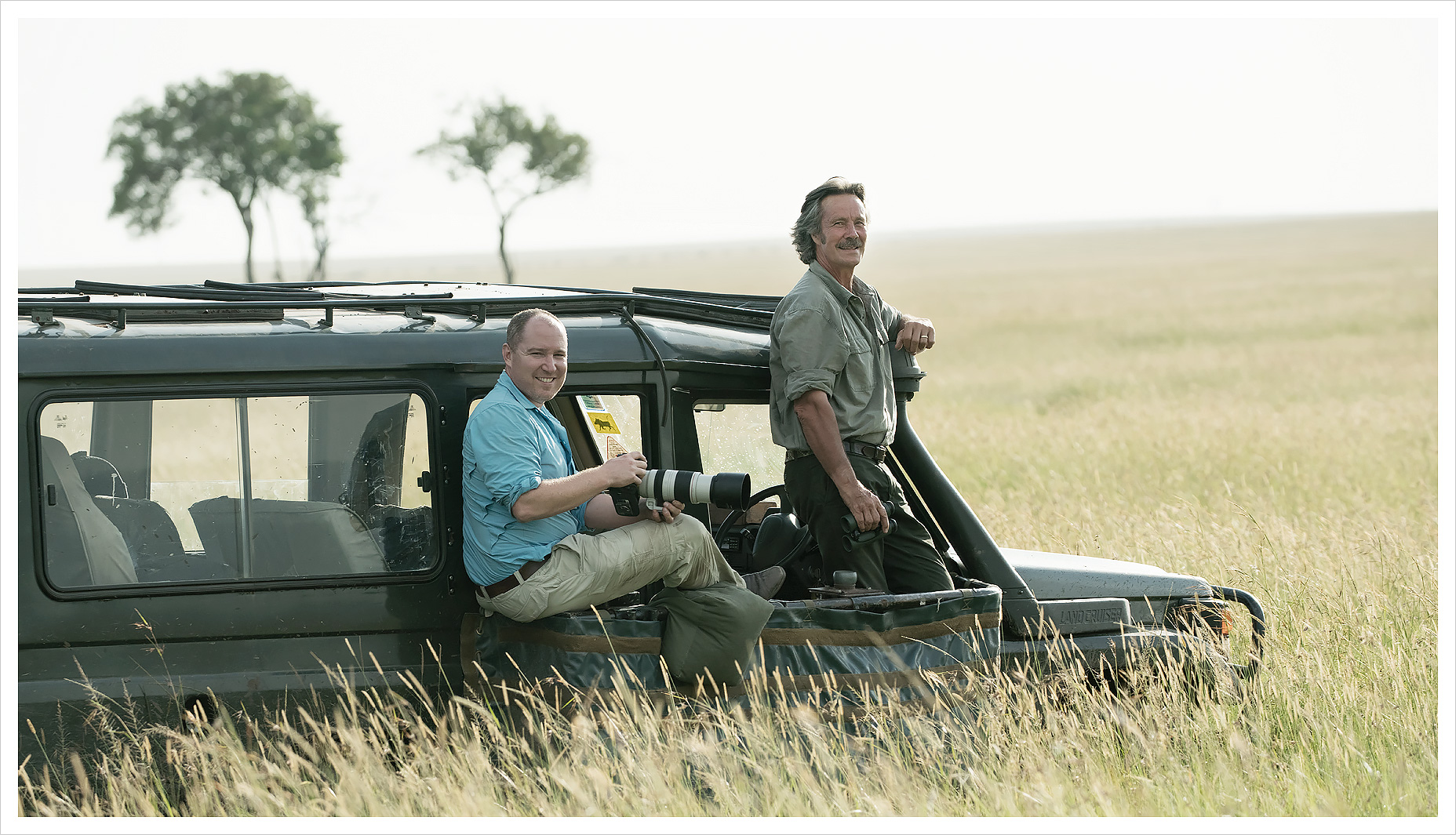 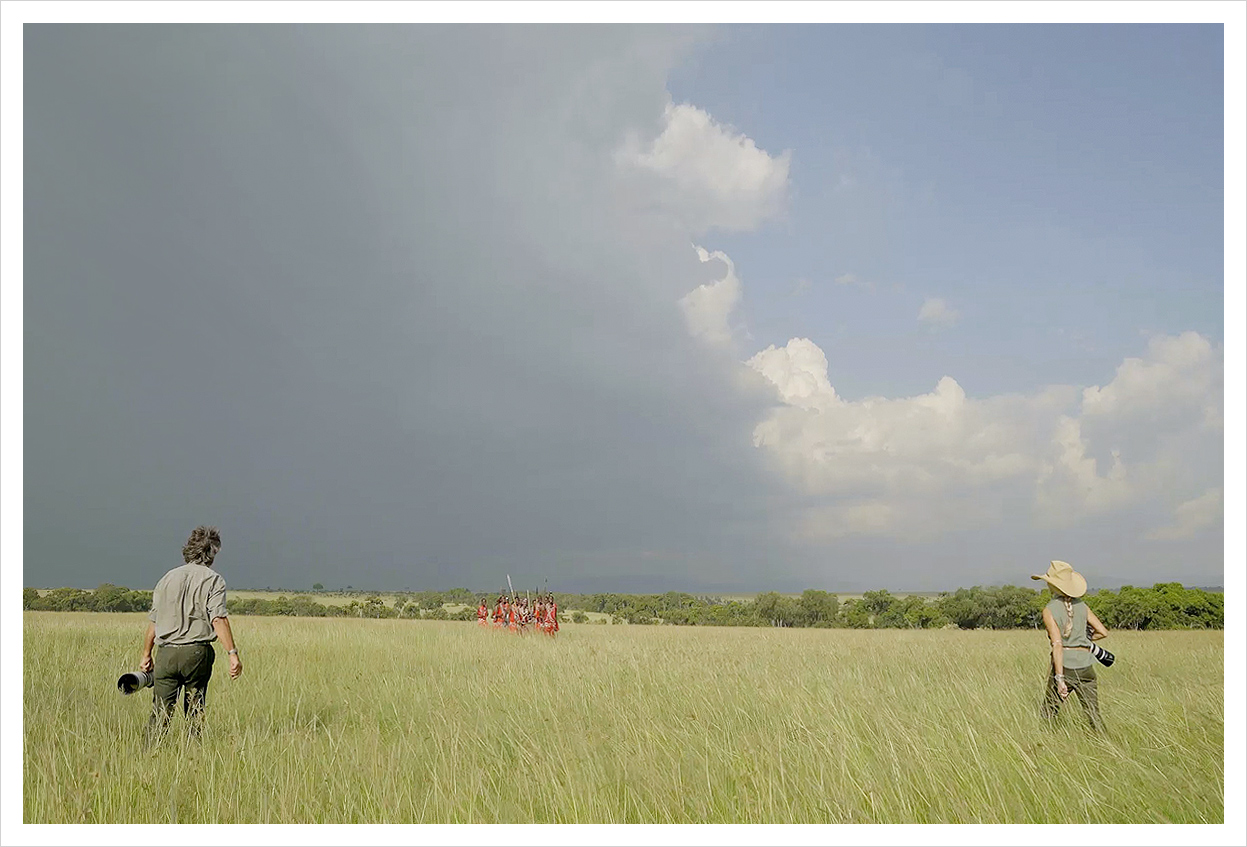 When it comes to wildlife, you would be hard pressed to find any photographers who have spent as much time in the field as Jonathan and Angela. Jonathan has been continuously capturing the big cats in the Mara since 1974. They are tireless advocates for conservation of the region and its precious wildlife.

The incomparable Jonathan and Angela Scott. Both multi-award-winning wildlife photographers and conservationists who call Kenya home. 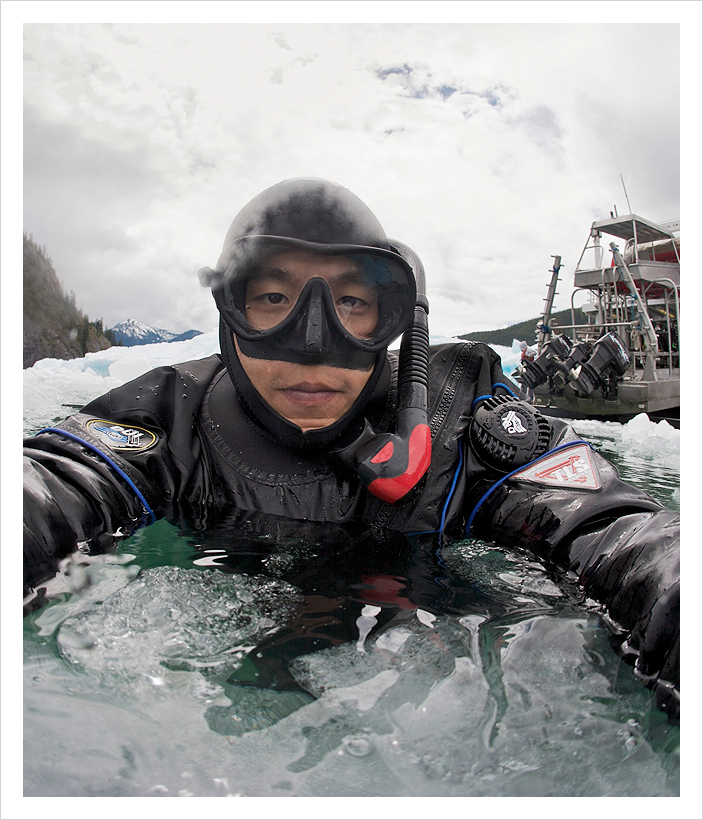 “I’ve continually gone to document things that are misunderstood — to share them. And the right image with the purpose of saving these animals can speak volumes to a massive audience and compel them to act.”

Eric Cheng’s focus on demystifying some of the ocean’s most feared predators was one of our most challenging yet rewarding projects to date. Although we have had some extraordinary encounters in the past, nothing could prepare us for the experience filming tiger and bull sharks in the Bahamas and the green anaconda in the rivers in Brazil.